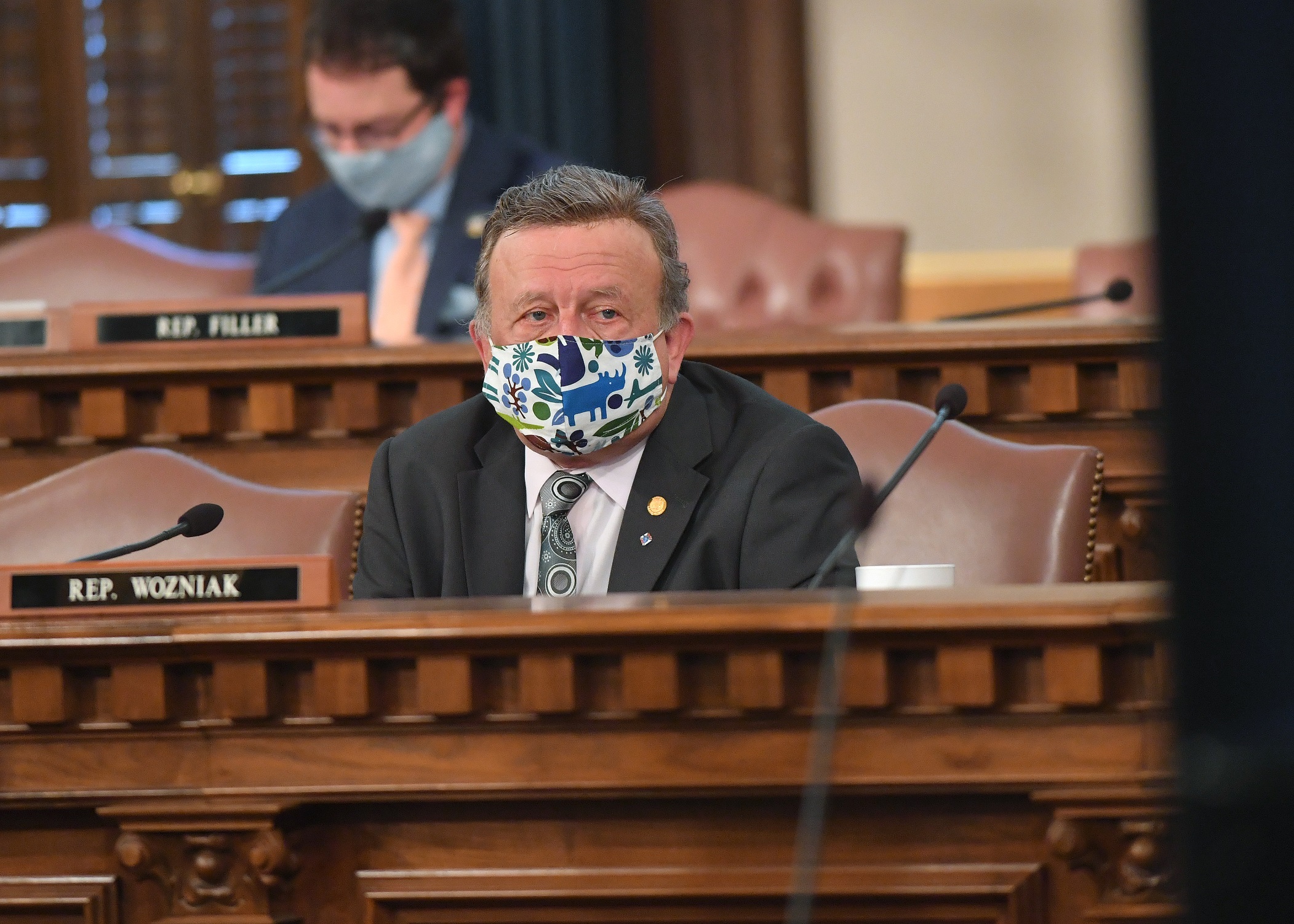 Rep. Doug Wozniak voted in favor of election reform legislation that was reported out of committee earlier this week. He and his fellow members of the House Judiciary Committee heard testimony on House Bills 4132 and 4133 before voting favorably on the question of sending to the full chamber for consideration.

“Passing these bills is a crucial step in enhancing election integrity in Michigan,” said Rep. Wozniak. “Those who would seek to tamper with our election process must know that there will be serious consequences to their actions, and Michigan voters must trust that their votes matter and will be protected.”

The legislation received the support of the Secretary of State’s office, as well as the Michigan Farm Bureau, while Democrat members of the House Judiciary Committee voted in opposition.

“The fact that my colleagues from across the aisle voted against this package seems to be more about politics and partisanship than good public policy,” said Wozniak. “As elected representatives of the people, we should all want our elections processes as strong, free and fair as possible. This is not a partisan issue, and I urge my Democrat colleagues to reconsider their views on these important bills when it comes before them in the House chamber.”

The package also includes other bills approved by the House, on a bipartisan basis, that would require the Secretary of State to publish a list on its website of local clerks who are not up to date with their required continuing education or training, and allow a city or township to expand the size of its election precincts to account for the drop-off in the number of people voting in person, among other measures.

Following passage from the House Judiciary Committee, HBs 4132-33 have been forwarded on to the House floor for consideration by the full body.

State Rep. Doug Wozniak yesterday voted for and supported House approval of a budget plan to help Michigan recover from COVID-19, expand funding for students, open essential state offices, and invest in the construction of roads and bridges.

Rep. Doug Wozniak today introduced a resolution calling on Congress to allow infrastructure funding being proposed by Congress to be used for combined sewer system separation to prevent overflows into Lake St. Clair and other surface waters and tributaries

State Rep. Doug Wozniak today joined his fellow members of the House Oversight Committee in questioning former Michigan Department of Health and Human Services (MDHHS) director Robert Gordon on the conditions of the severance agreement presented to him by Gov. Gretchen Whitmer. Gordon accepted the $155,000 payment earlier this year, which included a gag clause.

Rep. Doug Wozniak, of Shelby Township, yesterday voted in favor of a 10-bill package that increased transparency in state government operations. House Bills 4382-92 creates a new Legislative Open Records Act (LORA) to bring the Legislature fully compliant with the Freedom of Information Act (FOIA). The reform package removes the current rule that exempts state legislators and the governor’s office from being subject to record requests.