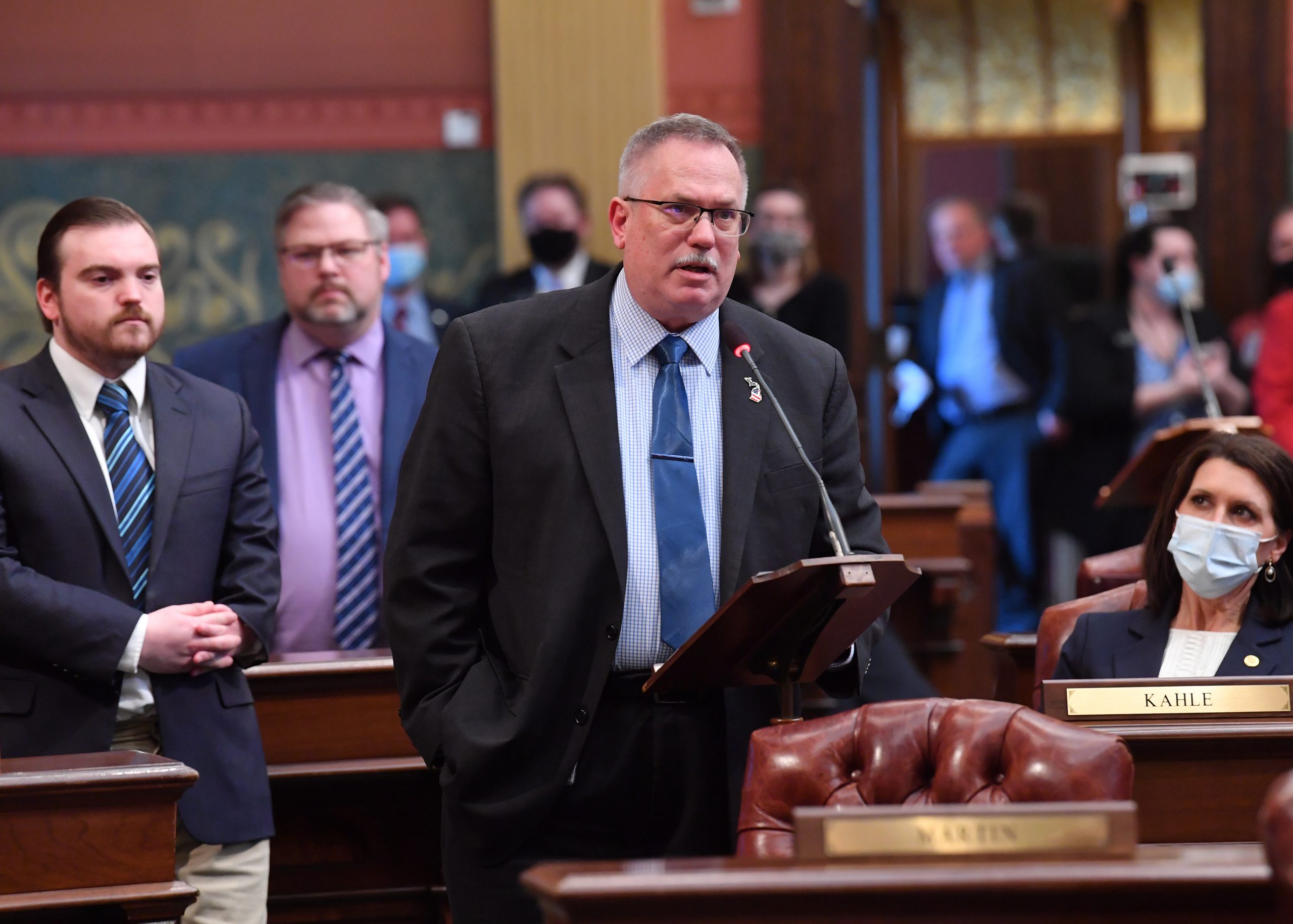 Martin, of Davison, said the plan he helped approve will reduce fraud and strengthen the integrity of Michigan’s elections while taking crucial steps to make sure every Michigander can exercise their right to vote.

“This is not a partisan or political issue. Voter ID laws are overwhelmingly popular, and for good reason,” Martin said.  “Requiring voters to prove who they are before they cast their ballot is one of the most effective ways to reduce fraud, strengthen the integrity of our elections and instill more confidence in the system.”

Eighty percent of the public supports requiring identification to vote, according to this month’s Monmouth University poll. In 2018, the Pew Research Center found that 76 percent of Americans favored requiring everyone to show a government-issued photo ID to vote, versus only 23 percent who opposed it.

As approved today by the House, Senate Bills 303 and 304 would require everyone who votes in person on Election Day to present a photo ID to confirm their identity before their ballot is tabulated. Someone who shows up without proper identification will have an option to cast a provisional ballot that would be counted if they present their ID at their local clerk’s office within six days after the election.

The House also tied the measures to the approval of House Bill 5007, which would allow any citizen to obtain a state-issued photo ID card for free.

“Making it completely free to get a state ID card will eliminate any possibility that cost or access to identification would prevent someone from voting,” Martin said. “Every single Michigander will still be able to exercise their right and have their voice heard at the ballot box.”

The bills now move to the Senate for further consideration.

State Rep. David Martin and the Michigan House today approved a new state budget plan that will help Michigan families, workers and job providers continue to recover from the pandemic while taking steps to put the state on stronger financial footing for the future.

At a 9/11 ceremony at the state Capitol, state Rep. Dave Martin today paid tribute to Ronald “Mike” Bierlien of Clio, a paramedic who passed away from COVID-19, and welcomed Chief Brian Flewelling of the Davison-Richfield Area Fire Department as his guest to the event.

Rep. Martin talks about the small business roundtable he held this week in Davison, saying that issues like COIVD and state regulations are among the chief concerns of family and local businesses in Genesee County.