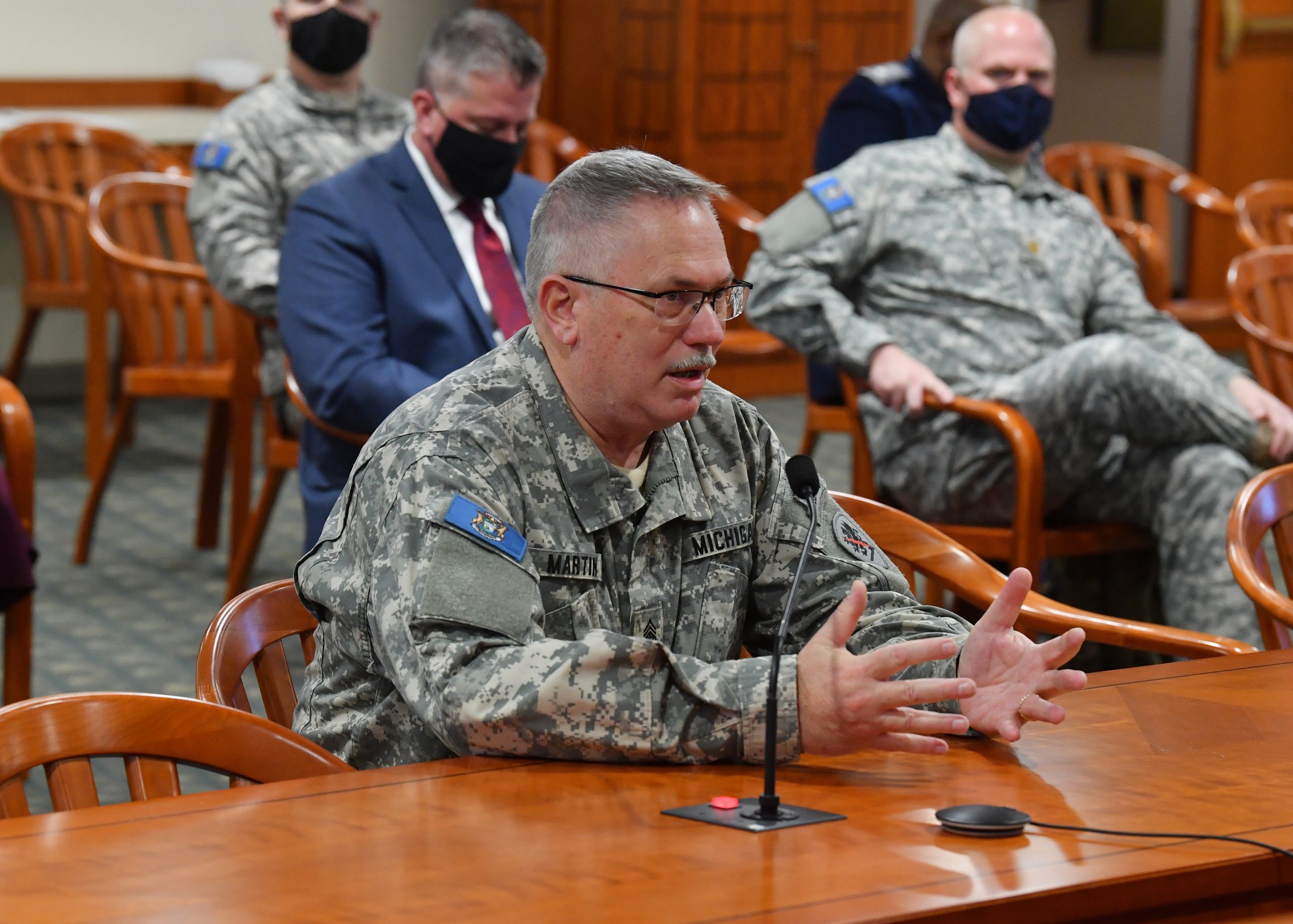 Martin, a U.S. Air Force veteran, demanded better food service for those deployed to the U.S. Capitol after multiple reports of undercooked, rotten, and contaminated food being served by a federally-contracted caterer to Michigan troops in D.C. The situation led to several instances of food poisoning and forced troops to spend their own money to buy food that was safe to eat.

“It’s unacceptable to expect our men and women in uniform to eat spoiled and undercooked food while on duty serving our country,” said Martin, of Davison. “Our National Guard members were let down, but I will always have their back. I was determined to make sure this wrong was righted.”

State Rep. David Martin, of Davison, has been appointed to the House Natural Resources and Outdoor Recreation Committee by Speaker Jason Wentworth.

State Rep. David Martin of Davison this week welcomed Michigan Sugar Company Queen Shaelynn Lavrack to the state Capitol and presented her with a state tribute.

State Rep. David Martin today led the Michigan House in approving a plan to give townships in Michigan a path to change their name with the support of residents.