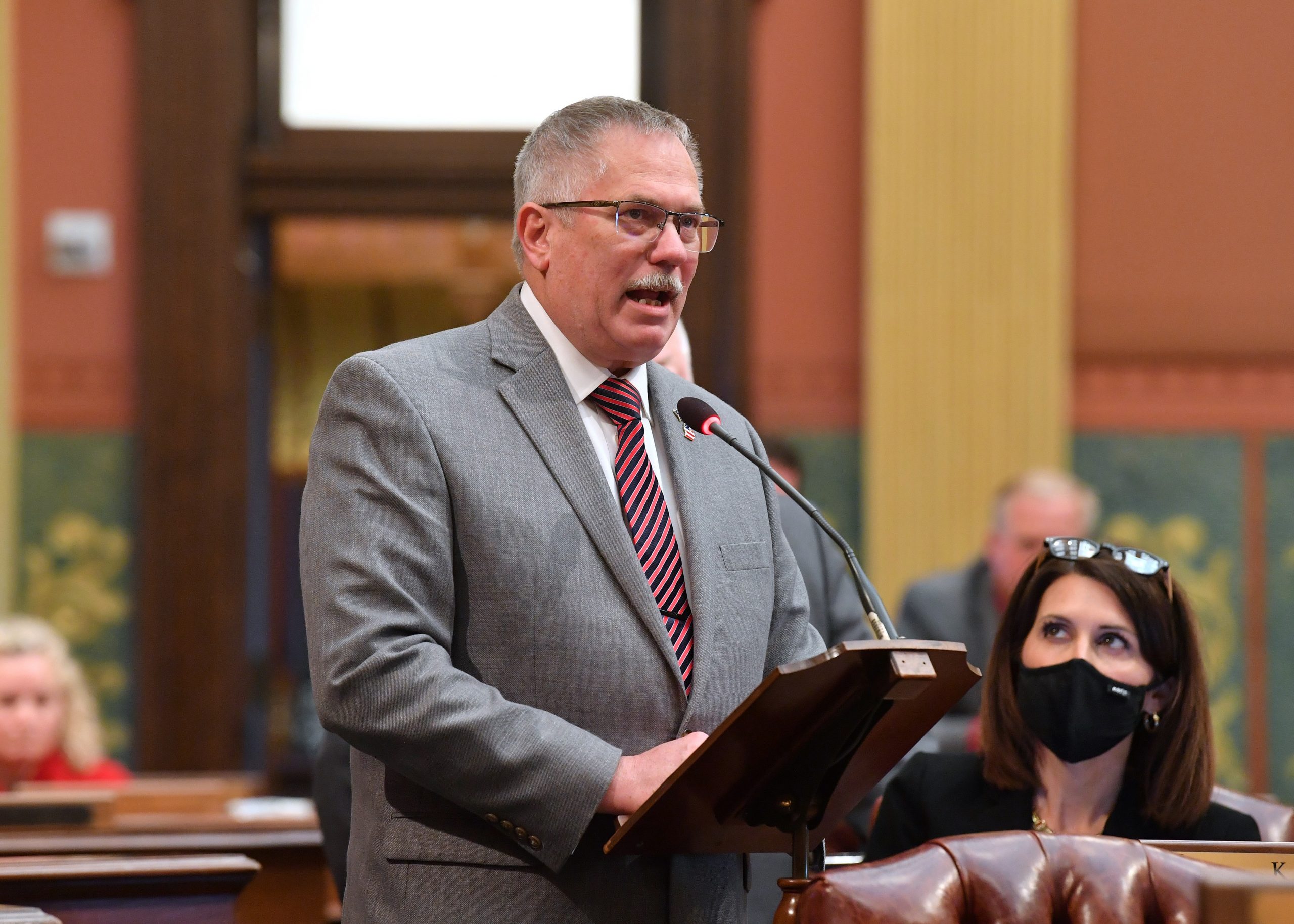 State Rep. David Martin speaks in support of his resolution designating May 2021 as Veteran Suicide Awareness Month in the State of Michigan.

State Rep. David Martin of Davison and the Michigan House today took action to raise awareness about the mental health challenges experienced by members of the military and declared May 2021 as Veteran Suicide Awareness Month in the State of Michigan.

“As many veterans and their families know, not all tragedies occur on the battlefield,” Martin said. “It is a shameful fact that since Sept. 11, 2001, far more American veterans have lost their lives due to self-harm as opposed to active duty service members killed by enemy action.”

Martin, a U.S. Air Force veteran, said by bringing awareness to the issue he hopes to better connect veterans and service members to their earned benefits and other programs.

“So many of the men and women who have served our country are struggling with their mental health,” Martin said. “We must all come together to offer support for our service members and their families and make sure they have access to the help they are owed.”

The U.S. Department of Veterans Affairs maintains a 24/7 veterans crisis line, accessible by calling (800) 273-8255 and pressing 1 or texting 838255. For more information on mental health services for veterans, visit www.mentalhealth.va.gov.

State Rep. David Martin today announced his local office hours will be held in Clio and Davison during May.

State Rep. David Martin and the Michigan House this week approved a measure to help make sure Michigan high school graduates have an opportunity to celebrate their accomplishments with their friends, families and teachers this year.

Rep. Martin talks about House approval Thursday of his House Resolution 90, declaring May 2021 as Veteran Suicide Awareness Month in Michigan. Michigan veterans had a suicide rate of 33.8 per 100,000 in 2018, well above the overall state suicide rate of 18.8, according to the U.S. Department of Veterans Affairs. Among veterans age 18 […]