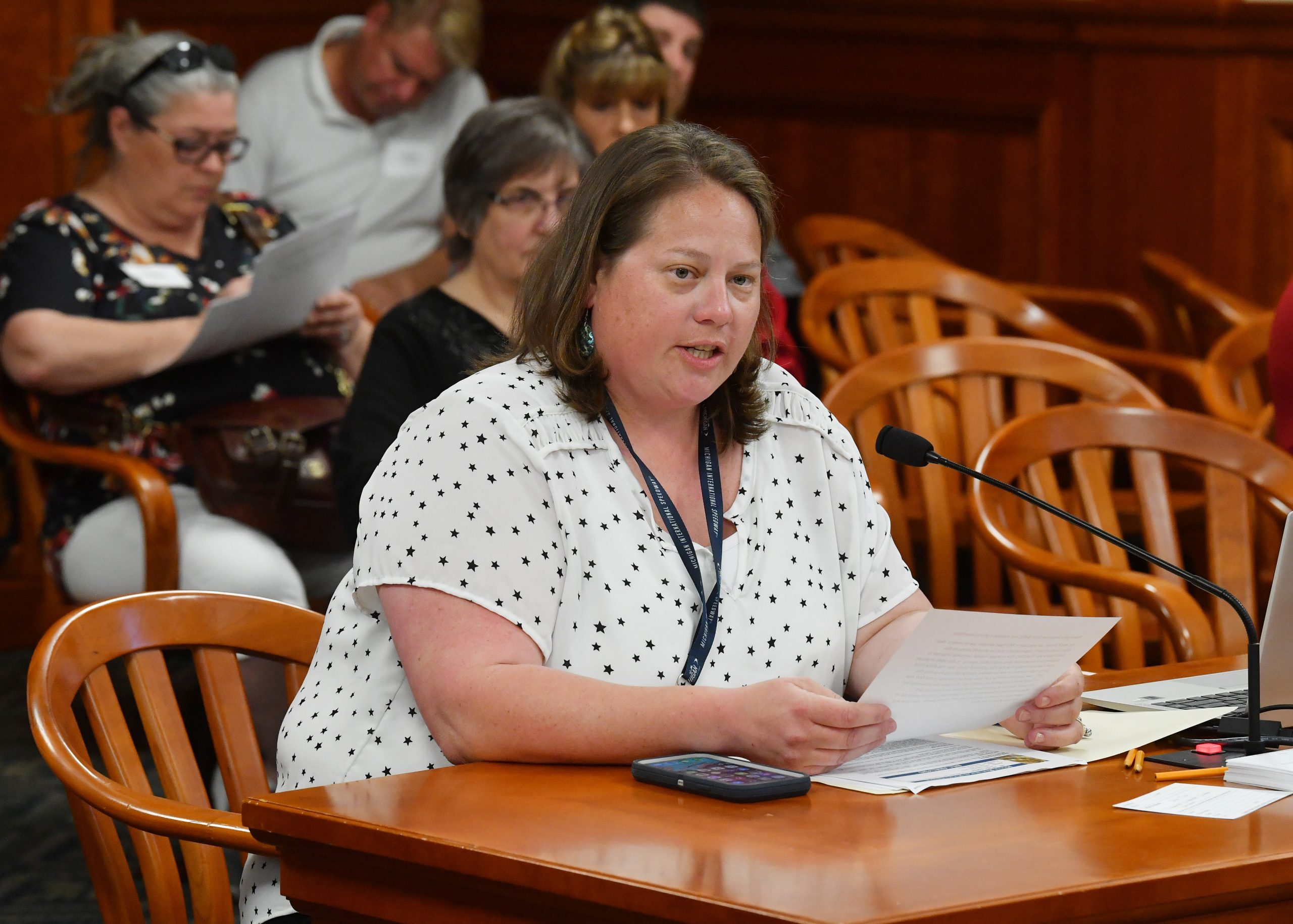 State Rep. Sarah Lightner testifies before the House Elections and Ethics Committee in support of her plan to prohibit third-party organizations from accessing the state’s qualified voter file.

Lightner, of Springport, said the Secretary of State created confusion among local clerks last year when the department partnered with a third-party vendor who registered people to vote through an advocacy group into the QVF.

“Our qualified voter file is the official source of voter registration records for the state,” Lightner said. “It’s absolutely critical that this database is kept secure and that only the Secretary of State and local clerks are allowed to update the qualified voter file.”

Through its partnership with the Secretary of State, the vendor collected voter registration details on its website and then sent the information to the SOS’s website. The information then went through checks and controls before it was entered into the QVF, according to the department. The SOS used an indicator to show the registration was initiated by the contracted vendor, which set off alarm bells with some clerks.

“Even though the Secretary of State assures us that this vendor did not have direct access to the state’s official voter file, the situation highlighted a legitimate cause for concern,” Lightner said. “My plan would make it abundantly clear that third-party organizations cannot have access to the qualified voter and that only accredited election officials are allowed access.”

House Bill 4837 will clarify that neither the Secretary of State, nor any local clerks, shall allow an organization or a nonaccredited election official to have access to the QVF.

The bill remains under consideration by the House Elections and Ethics Committee.

State Rep. Sarah Lightner and the Michigan House today approved the Unlock Michigan citizens’ initiative to repeal the unconstitutional state law Gov. Gretchen Whitmer used to hold unilateral power over the people of Michigan during the early portion of the COVID-19 pandemic.

State Sarah Lightner and the Michigan House, in a wide bipartisan vote, this week approved a budget plan for the upcoming fiscal year with record-high investments in K-12 students.

State Rep. Sarah Lightner said schools in the communities she serves in Eaton, Jackson and Lenawee counties are in line to receive significant increases in per-pupil funding for the 2021-22 school year.

State Rep. Sarah L. Lightner today announced that one of her upcoming office hours has been rescheduled.