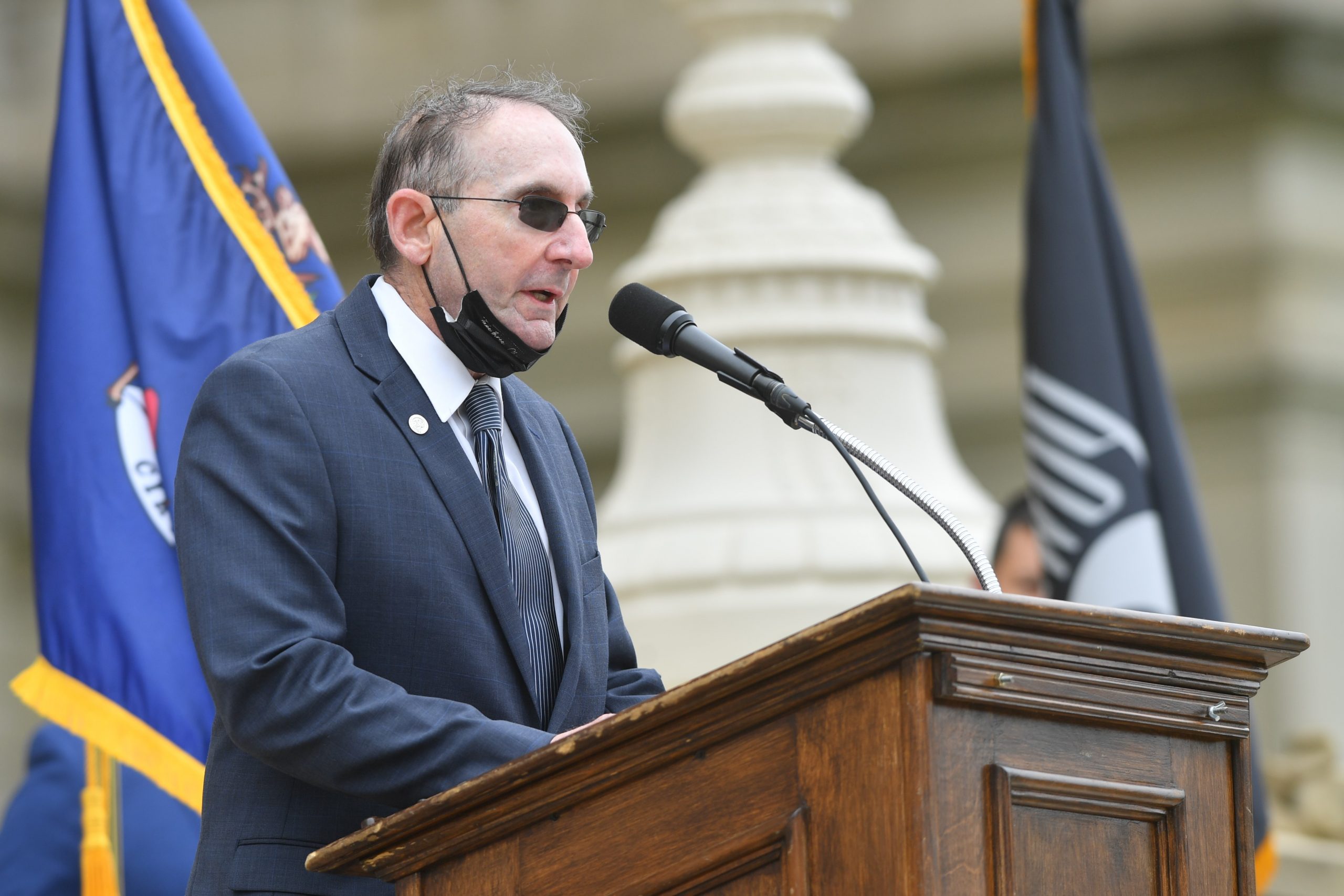 State Rep. Tommy Brann of Wyoming today paid tribute to the service and sacrifice of Army Sgt. 1st Class Raymond Haley during the Michigan House’s annual Sept. 11 Memorial Service at the Capitol. The ceremony remembers first responders and members of the military from Michigan who died in the line of duty in the past year.

During the event, Brann read Haley’s name, honoring the life of the soldier who was born and raised in Wyoming.

“Sgt. 1st Class Haley was a brave and selfless hero who served our country and our state honorably for 16 years,” Brann said. “It was an honor to pay tribute to a man who dedicated his life to protecting others. This is a loss felt deeply by the entire Wyoming community. ”

Haley joined the United States Army in 2004 and had served for nearly 16 years when he died in a vehicle crash on Feb. 20 at the age of 38. He was stationed with the 101st Special Troops Battalion, 101st Airborne Division Sustainment Brigade “Lifeliners” at Fort Campbell in Kentucky.

Rep. Brann: Michigan must continue to guard against COVID, but some of the state’s measures are excessive