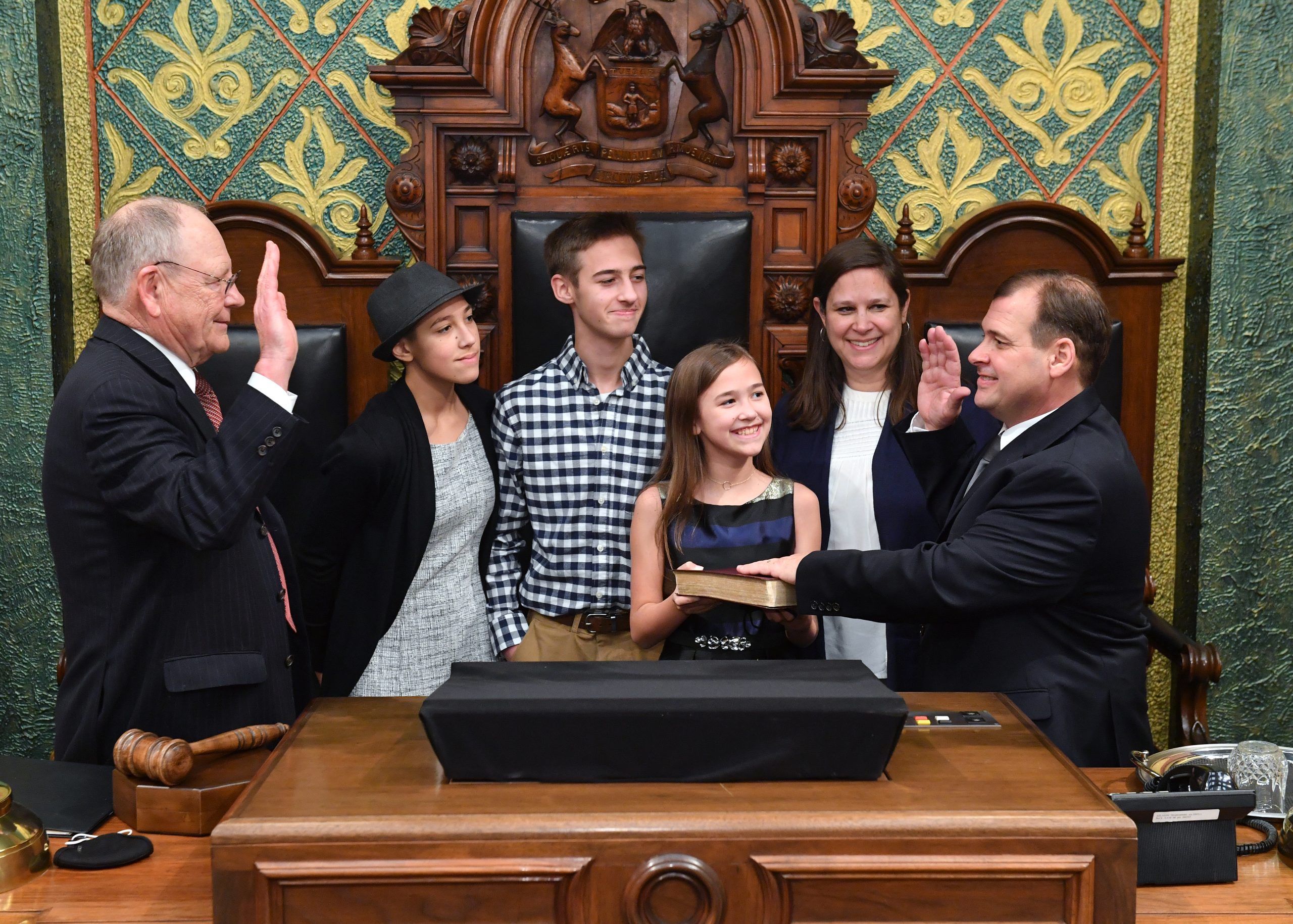 State Rep. Timmy Beson, of Bay City, this week was officially sworn in for his first term as a Michigan state representative.

Joining him during the ceremony were his wife, Lisa Beson, and children, Grace, Nick, and Aubrey Beson. The 101st Michigan Legislature met for session for the first time following the ceremony.

“It was an honor to officially be sworn in to serve the incredible 96th District and get to work,” Beson said. “I came to Lansing because of what my friends and neighbors said to me over the counter in my shop. It upset me to hear that so many people weren’t getting the representation they needed – and most importantly – deserved.”

“Bob and Stone are as excited as I am to be here,” Beson said. “I’m honored to have them working by my side and know they will continue the hard work on behalf of all our families.”

The Michigan House yesterday approved a plan by Rep. Timothy Beson to prohibit the Michigan Occupational Safety and Health Administration (MIOSHA) from levying civil penalties, such as fines and fees, against businesses for first-time violations of pandemic emergency orders.

State Rep. Timothy Beson, of Bay City, on Thursday joined seven of his House colleagues to introduce amendments to a budget supplemental plan that would increase support for law enforcement officers and expand community safety.

Rep. Beson speaks on the House floor Tuesday before passage of his legislation that would force the Michigan Occupational Safety and Health Administration to refund fines that were based on orders later found to be unconstitutional by the Michigan Supreme Court. HB 4501 also would prevent MIOSHA from issuing fines on a first offense if […]