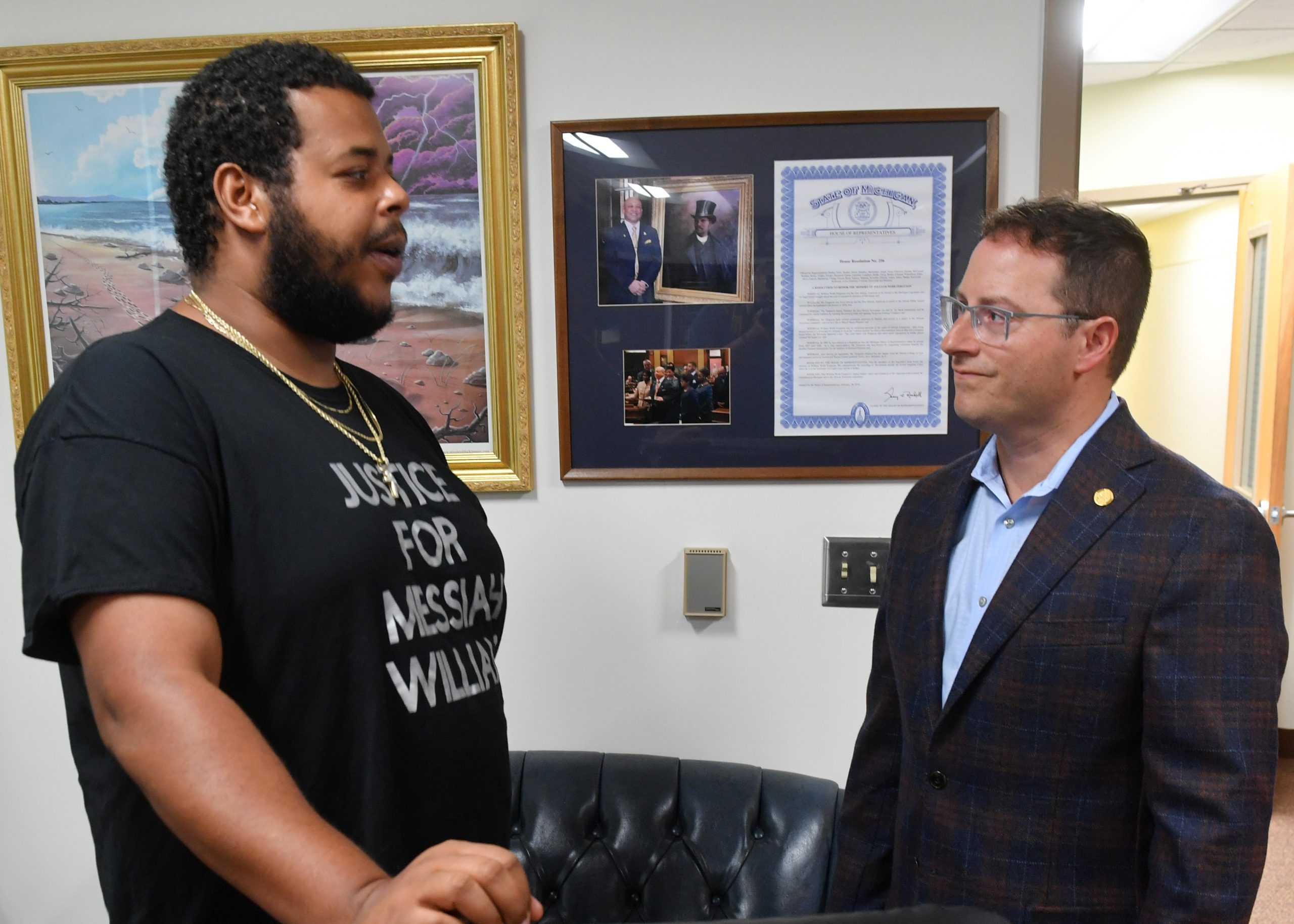 State Rep. Graham Filler, right, talks with Henry Williams, whose 3-year-old son Messiah was shot and killed in a drive-by shooting last year. Williams joined Filler and other state legislators for a press conference at Flint City Hall advocating for stricter penalties for drive-by shootings, including those targeting homes or vehicles with children inside.

State Rep. Graham Filler is leading a bipartisan effort to take a tougher stance against drive-by shootings that put Michigan families in danger.

Filler, chair of the House Judiciary Committee, joined other legislators in Flint Tuesday to discuss the legislation and meet with the family of Messiah Williams, a 3-year-old Flint boy who was killed in a drive-by shooting in October 2020.

“Anyone who shoots into a home or car while a family is inside should face serious consequences,” Filler said. “Our goal is to deter criminals who might be considering taking part in one of these violent acts that destroy families and tear apart communities.”

Over the past few years, numerous children have been shot and several killed in drive-by shootings in Flint.

In response, Filler and Reps. Cynthia Neeley (D-Flint), Mike Mueller (R-Linden) and Stephanie Young (D-Detroit) have introduced House Bills 5027-30. The legislation would increase penalties for anyone shooting into a building or a vehicle.

Following the press conference, Filler met with Flint Mayor Sheldon Neeley and toured the city with other local officials while discussing efforts to rebuild and revitalize neighborhoods.

“It was encouraging to see many signs of hope for the community, like cleaned up blocks, successful neighborhood initiatives, and investment by developers and businesses small and large,” Filler said. “Ultimately, if Flint is a safe, strong community, people are going to want to move there – and that’s good for the surrounding communities and our entire state.”

State Rep. Graham Filler today praised the efforts of Clinton County and the Lansing Economic Area Partnership (LEAP) to get grants into the hands of small businesses throughout the county that were hurt by COVID shutdowns.

2021 was a year of strength, resiliency

As 2021 nears its end, I want to take some time to reflect on the resiliency people in our community have shown this year.